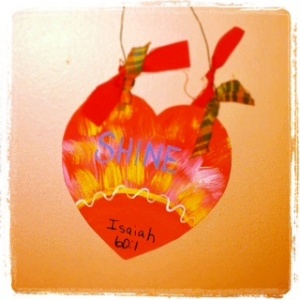 I have been home for two days spending time with Carter waiting by the phone for Kendrick to call and say they were releasing Izzy. Last night he called to say they had given up on the new feeding tube, were swapping it out with the old one because it kept getting twisted up in her stomach, and then they could come home. And then moments later she came down with a fever.

Medical Interpretation: She is currently what they call Neutropenic, meaning a specific type of her white blood cells is below five hundred. It always happens about a week after chemo and is totally normal. But if you get a fever while you are Neutropenic you have to be in the hospital on antibiotics until your counts rise above five hundred. That usually takes Izzy about a week.

Personal Interpretation: Goodbye long week home together before the next round of chemo. Goodbye trick-or-treating in a princess dress with Carter.

Tomorrow I will drive back to Cincinnati with her Halloween costume and break the news to her. She’s going to be BRAVE which I think is more than appropriate. She’s also going to be broken-hearted. I’d love to tell her that this is the perfect holiday to sacrifice. That if we were going to pick, Halloween would be the one to spend in the hospital over Thanksgiving or Christmas. But the truth is I don’t have any control over any of it, so I don’t dare bring it up. Right now we are scheduled to be home for the major holidays but I won’t promise her that because as we know anything can happen.

Yesterday was a back and forth day for me filled with joy and sorrow. I was so glad to be home, but longed for her to be here too. I was so angry that she hadn’t gotten to come back with me Saturday night and yet when she came down with a fever yesterday, I was thankful she hadn’t been released the day before. It would have been so hard for her to have to go back to the hospital twenty-four hours later. I just kept crying out to the Lord throughout the day, desperately longing to know that He was near. And then last night as I was unpacking medical supplies that had arrived from home health care, supplies we never seem to need because we are NEVER home to use them, something amazing happened. I was walking out of Izzy’s room with a heavy heart and just as I left something caught my eye causing me to stop in my tracks. It was something that she had hung on her wall six months ago but suddenly had a whole new meaning. Something I’d probably seen twenty times a day at one point and yet now it was like I was seeing it for the first time.

It was a heart that was used as a decoration at a Women’s Conference I had been at and brought back for her. At the conference they had written a different verse on each heart and hung it on the end of the aisles. Women had prayed over them believing that God had a special verse for each person that would take one home. At the end of an evening session a friend and I had noticed how pretty and girly they were and decided to take one back to our daughters. The heart I picked had no meaning to me, it was just the prettiest, ‘izziest’ one. She had been disappointed she couldn’t go to the conference with me that night so she was excited when I came home with a frilly treasure for her. She carried it around with her for a few days and then found a place in her room where she wanted me to hang it. The spot she chose drove me crazy. It was off center and awkward, but I put a nail there just the same and let her hang it up. It’s hung there ever since as merely a decoration and nothing more.

Yesterday what I read on the heart was one word with a scripture reference that took my breath away. A reference I didn’t even know until last week. The word was “SHINE” but the scripture reference was Isaiah 60:1, the same verse a friend texted me last week that spoke so greatly to me because it aligned with what I saw when I was praying for Izzy. I wrote about how it spoke to me a few days ago, and I have continued to pray that verse over her believing God had given it to me for her. It just wasn’t until last night that I realized God had given it to me for her six months ago, I just didn’t know it.

When I left that conference I never, ever thought that God intended that verse for me let alone Izzy. Because that wasn’t my heart. I didn’t walk out asking Him to show me the meaning of that verse in my life or to bring it to fruition. But I didn’t have to. We don’t serve a God who only shows Himself to us when we ask. He is setting things into place everyday so that when we do cry out to Him He can show us that not only is He near today, He’s been hanging on our wall for six months waiting for this very moment. Because He knew even before the darkness, that it would come. And when it did He would be in it with us just waiting to SHINE.