This picture was taken on Izzy’s first Day One. This was her first chance at life. I always said that she was ready for the world the moment she was born. She came out looking around and it was days before we ever heard her cry. But when she did it was strong and fierce just like her. I, of course had no idea just how strong and fierce she would need to be to survive. More than likely, in this picture there were already tiny nerve cells yet to form. Neuroblasts that would form a mass in her adrenal gland years later. We can say that this photo was her first chance at life, but in reality it wasn’t a fair one. This stem cell transplant is providing a second chance that will even the playing field. This time the odds are not stacked against her.
Today is Day Zero. Her cells should be placed today but because of the time chemo wrapped up earlier in the week she won’t get them until tomorrow, Day One, at 10am. The process of placing the cells is quick and simple. They will run into her central line for all of ten minutes. That’s it. The real work has been the blood and sweat she has poured into the past six months getting her body ready, slowly destroying each and every cancer cell in preparation for this big event. This round of high dose chemo has not hit her nearly as hard as it hits some. Probably because the other six rounds took such a toll. She is very tired, with mild symptoms, but she rests peacefully waiting for her second chance.
Her name is Israelle, our feminine take on the name Israel from the Bible. When I thought of the nation of Israel as God’s chosen people I thought it was a beautiful name for a child. But I never studied it’s meaning. A few weeks after she was born I remember someone asking me why I would have chosen that name. I responded by telling them that the the nation of Israel was God’s chosen people and that the bible was filled with promises to Israel. He then went on to tell me that Israel meant ‘he who wrestles with God.’ I was mortified. Perhaps it had been a poor choice? It wasn’t until after her diagnosis that I really began to press into the meaning of the name. The first time the name is used in the Bible was when it was given to Jacob in Geneis 32:28:

“Then the man said, ‘Your name will no longer be Jacob, but Israel, beause you have struggled with God and with humans and have overcome.'” (NIV)

And it wasn’t until then that I found out that ‘he who wrestles with God’ was only part of the meaning. The full meaning is ‘he who has wrestled with God and man AND OVERCOME.’ And overcome. What an important part of it’s meaning.
Tomorrow just like you name a child on the first day of their life I want to affirm Izzy’s true namesake. She is not just God’s chosen one. She is not just one who has wrestled with God. She has wrestled with God and man, but by His incomparable grace, she has OVERCOME. Israelle is a true overcomer.
Last week I had curled up with her to take a nap and after she thought I was asleep I heard her talking. I opened my eyes briefly and saw her looking up at the ceiling. This is what she said: “God, you’ll always take care of me, right?” It was the first time I had ever heard her ever go to The Lord without my prompting. The first time I had ever heard her come up with her own question for Him and just ask without hesitation. It was sweet, but what blew me away, was what she said next. In one word she answered her own question with a declaration, “Forever.” If you want to pray for Izzy in the days to come, I would ask that you don’t echo my cry to the Father but echo hers. She knows what she needs and she knows that He’s good for it. 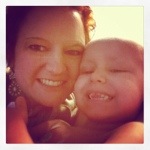 Izzy has been fighting Neuroblastoma for nearly seven years and through five relapses. I’ve chronicled some of our journey here and used it as a way to connect with those supporting us.