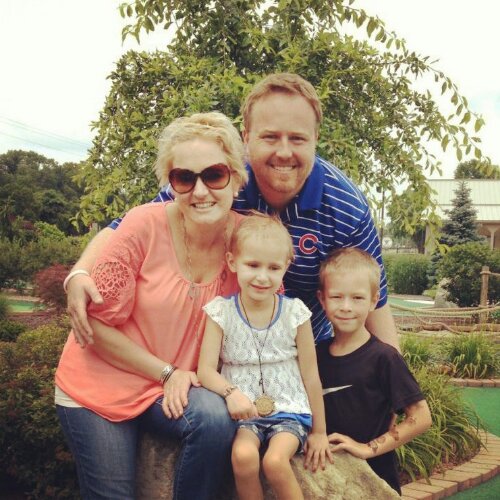 As I write this entry my children are off at Vacation Bible School being entirely more normal than we have been in a long time. Not working at the church anymore, I left and went for a run and came to Starbucks still not completely believing this seemingly perfect morning is my own. It feels as if I went to sleep at the end of a long summer day and woke up with horrific memories of the worst dream ever. Like the last year has been nothing more than a nightmare, or night terror, rather, that was so life-like it left me tossing and turning is my sheets, screaming like a child unable to be woken. My last memories of normalcy were in the midst of summer’s heat and here we are again. My children come in after only a few moments playing dripping with sweat and smelling of the sweet smell of summer, just like they did before. Before I fell asleep and had the worst dream ever. Could it be that that is all this was? A long, long dream? Could it be that in just a few months this season of our life will be over and our family will see complete restoration? Oh Lord, may it be.

Sometimes I cannot believe the things she says about God or how much she speaks of Him. I look behind her thinking I’ll find a camera crew and some host who has put her up to it to get a reaction from me. I have never found either and she still continues.

“Momma, I even love robbers because they have a mom and a dad too or maybe even a kid,” she says in the car, her hands flailing around instructively while she speaks. Carter is getting annoyed by her constant influx of sermons. “Yea, but you don’t love what they did.”

She looks at him with very intent eyes, “No, but we still love them Carter because they just messed up. God still loves everybody.” She talks of God’s love daily. It is almost as if thoughts of Him are flowing through her mind throughout the day.

It was not until recently that I began to understand why. That I began to see what has happened to my daughter over the past year. I am forced to admit that it is a result of the cancer…in an indirect way we’ll say. Over the past year I have watched my daughter go through immense suffering and I have been deeply afraid of losing her. As a direct result of both I have hastened to the throne of God and pleaded for His mercy and I have not done it alone. She has traveled by my side many times. She has learned of a God who is always listening, always waiting, always ready to offer His redemption. In addition, she has been covered in prayer by thousands who have asked for His healing and His presence around her and I think it is safe to say she has felt it. Through this disease, my fear which led me to pray and your faithfulness to our family, a new creation has been formed. She now knows God in a way she never knew pre-cancer. I still will never thank God for cancer, but I am ever so thankful for His graciousness to redeem.

I am left to wonder if it had not been for this cancer if she would know Him so deeply? Would I have talked to her about Him do much? Prayed with her so often? The truth is I know I would not have done either. Before cancer I was not nearly so desperate for God and my children got my afterthoughts on Him at the end of long days. But along this journey through cancer it seemed desperately important to me she know that every second of the nightmare the creator of the universe was walking with her, holding her hand. That is the most important thing.

Early this week we were at a store where the kids were picking out a sheet of stickers. They were each told they could have one sheet and Izzy was debating over a sheet of sparkling pandas or sparkling lady bugs. Suddenly she hung both sheets up and said she didn’t want either. “Mom, do you know what I’m going to do with all my money?,” she asked smiling from ear to ear. I shook my head having no idea, since I was the one planning to fork over the ninety nine cents for stickers.

“I’m going to use all the money in my piggy bank and give it to VBS! We’re supposed to bring dimes in tomorrow for kids who don’t have any toys but I’m going to give my whole piggy bank!” Of course this generous decision warmed my heart but what I found most touching was not the decision, but when she came to it. It occurred to her to make this sacrifice while looking at something she wanted. It was when she was asked to pick something out for herself that her thoughts naturally shifted to children who do not have the same opportunity. How beautiful.

I explained to her how proud of her I was and that she could still get a pack of stickers that I would pay for but she insisted she did not want the stickers anymore. She and Carter talked the whole way home about why she would give away all her money, he thought it was a crazy decision and was reluctant to give a single coin from his own bank. “But Carter, some kids don’t have toys or houses or just anything!” she declared, arms flying wilding through the air.

I have learned two things from watching their response to someone else’s need. The truth is a lot has been taken fron Carter in the past twelve months and I think he is tired of hearing about people who are sick or poor. He has sat in the shadows for the past year and watched ‘the least of these’ as they are constantly talked about, hovered over and showered with gifts. It makes me sad that his heart has become so hardened and yet I cannot say I blame him. My prayer for my son is one of healing for his broken heart.

I have also learned that what Izzy has walked away most with from all this is a heart for the Lord and a heart of compassion. Though she has endured much suffering, she has been at the receiving end of much love. She has been showered with gifts and cards from many. She knows the impact generousity can have and she is a cheerful giver.

In closing I will share with you the most exciting news we began working on just this week: Izzy will be going to kindergarten this year! We did not know there was a way to make it work since her inpatient treatment will not end until October but our social worker at the hospital approached me on Monday and asked if we were interested. They have a School Interventionist who will help coordinate everything so that Izzy has all of the resources she needs whether she is actually in the classroom or not. She is beyond excited!

When I look back on Carter’s first day of kindergarten last year I remember such raw emotions of joy and despair, wondering if I would ever see this day for Iz. I remember looking at the road ahead of us with fear and trepidation, anxiety and disbelief. But as I lay down with Izzy last night in her princess carriage bed covered with tulle, I wept with thanksgiving. I wept with feelings of another kind of disbelief. Today as I reflected back on that moment I heard the Lord whisper these words to me, “it is finished.” May it be as you have said, Lord. May it be.